HOME / ASTROLOGY / WHAT HORROR MOVIE DEATH WILL KILL YOU ACCORDING TO YOUR ZODIAC SIGN? 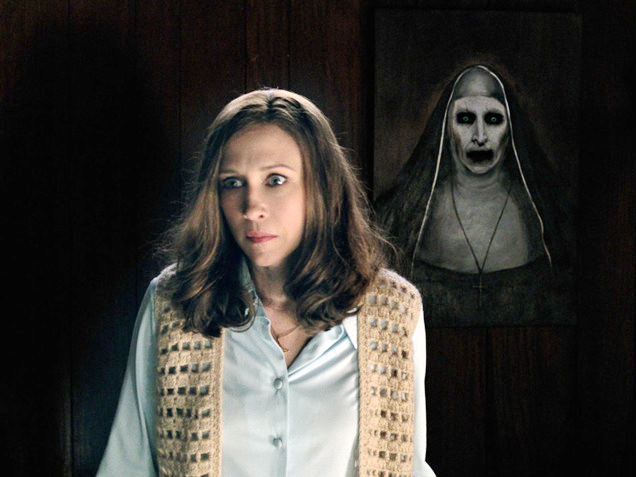 What Horror Movie Death Will Kill You According to Your Zodiac Sign? Aug 26, 2016

Everyone else’s guilty pleasures include listening to Taylor Swift, eating chocolate, or something equally harmless like that. Your guilty pleasure? Watching horror movies despite being shit scared of them. And it’s not even the paranormal beings that scare you the most! It’s the crazy, horrifying, and let’s be honest, sometimes funny deaths shown in horror movies that scare us the most! True, right?

So we did what we do best, thought of every single horror movie death we’ve had nightmares about and associated with zodiac signs! And the results? Super eerie! Want to know which horror movie death might end up killing you? Here are our very accurate (and also hilarious) results:

Only an Arian would be brave enough to venture out into the woods despite knowing that something might be seriously wrong over there. True, right? So it’s no surprise to us (or anyone else for that matter) that they can be killed by monsters lurking in the wild, very much like ‘The Cabin in the Woods’ or ‘Wrong Turn’. Scared to go camping?!

Death by compact discs? Now, this one’s just CRAZY! If you remember Hellraiser, then you know what we are talking about here. The scene somehow reminded us of Taureans and we are definitely scared for them! Stay away from CDs, please!

Yes, soda machine. Never thought that harmless soda machine in your office would be capable of killing you, right? Well, time to think twice. Need a soda? Remember what happened to those people in ‘Maximum Overdrive’!

They like all things mysterious, so it’s obvious they will want to know if aliens are real or not. And while doing that, they will end up being possessed by one! Well, at least they will now know what aliens feel like!

If not alien possession, then it’s demon possession for Leos! Why? Because people born under this sun sign are badass and stubborn and also the kind of people who literally walk into a demon’s trap. Blame it on your personality!

Favourite horror movie? ‘The Shining’ based on Stephen King’s novel of the same name! Virgos, just in case you thought you were going to die a peaceful death, you won’t. An entire possessed house will take part for your death. Alone at home tonight? Beware!

The most cliché (yet awesome) of all horror movie death scenes? Chainsaws! It gets bloody, gory, and messy. Librans, if there are carpenters at your house, STAY AWAY! You don’t want to end up like people in ‘Texas Chainsaw Massacre’ or ‘Army of Darkness’, do you?

Who hasn’t dreamt of a zombie apocalypse? Scorpios are brave enough to fight the zombies, but they aren’t strong enough to take the zombies down! They are definitely getting more than a few zombie bites!

You remember that ‘Final Destination’ scene, don’t you? Yeah, we definitely think a Sagittarius would die this way. Why? Maybe because they are always doing stupid things to realize they are risky!

If you ask any horror movie buffs, watching axe deaths is something they enjoy watching the most. Be glad Capricorn, at least people will remember your death! Don’t forget to scream!

We asked ourselves this, what could be the worst death for someone who thinks and imagines a lot? Getting their heads blown up, just like the movie ‘Deadly Friend’! Spending all your time thinking how to protect your head now?

If you’ve seen the movie ‘The Burning’, you’d know that death by a pair of scissors can get pretty gory and horrifying. But beware Piscean, if you were in a horror movie, this might be the most possible way you’d die!

Not dying yet? Celebrate it with a Honey Singh song that suits your sun sign!