HOME / FOOD / TO BEER OR NOT TO BEER! 7 FUNNY BEER NAMES YOU DIDN’T HAVE ANY IDEA ABOUT 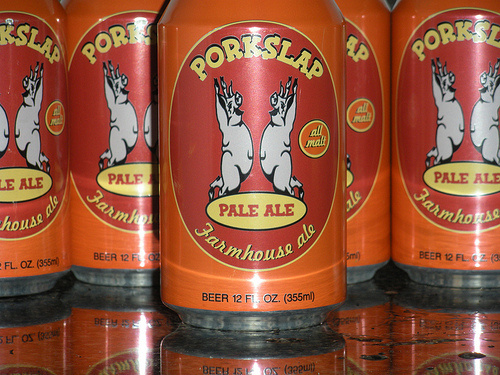 When breweries are able to develop bizarre, sometimes offensive and always attention-grabbing brand names, which results in strange beer names, we love it! Well, who doesn't?

So here are the 7 weirdest beer names you probably didn't hear of:

A dogfish is a vile shark that feeds on small fish and invertebrates. A snowblower is an over-priced alternative to the shovel. Somehow, the two things overlap and for that wonderful reason, this glorious, seasonal beer was created.

Sometimes beer names celebrate a religious holiday or historical event. Sometimes they pay homage to important people or to the places they were crafted. And then there is this Washington beer, named to celebrate the two millionth year of walking upright.

Beers that weighs a hearty 9% alcohol will make just about anyone do something seriously bad. So, Ridgeway Brewing decided to give their bitter-strong holiday brew a suitable holiday-themed name.

The origin of the name of this award-winning beer is covered in mystery, but the fact that it’s brewed in casks that previously held rum might have something to do with becoming ill from overindulgence.

You make a beer so good that you basically mock anyone that dares to drink it by calling the brew Arrogant Bastard.

This beer is ingested with actual moose drool and it tastes like grass, salt and oddly enough, barbecue chips.

This winter, beer’s strange rear-end-referencing moniker is actually in reference to a large (108 gallon) barrel referred to as a butt.

Too much beer? Here, go to places to eat now!