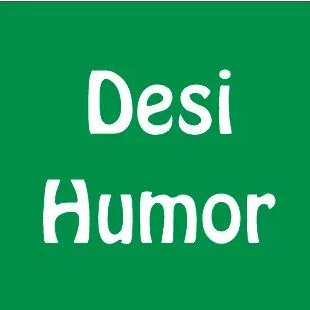 Shudh Desi Online humour has been a thing for around 5 years now. It started with online memes that went viral for their broad overall relatability and wicked sense of humour. Taking a specific and esoteric sense of knowledge and experience shared collectively by the Indian youth at large; these memes and gags and viral uploads have become a huge part of modern day Indian culture in the 2010s.

This has now manifested in all kinds of unique and funky design aesthetics and merchandise.

The Indian youth is no longer a mere copier of the trends of the West. We don’t like to ape the West any more as such. We are more cognizant of our own culture and have fused it with an understated but nevertheless rich understanding and immersion of western culture and values thus arriving at the equivalent of a behemoth pop cultural icon that simply cannot be replicated or embodied by any other culture on this globe. True ‘Indianness’ is what we seem to have achieved in a nutshell.

Obviously, as with any major graphics trend, there are people to take advantage of it and monetize it for profit making ends. There are several e-Commerce portals selling T shirts for men, T shirts for women, accessories, you-name-it products with loads of funky design and graphics depicting everyday Indian life with a pinch of salt and frustration.

Entering the 2010s, India; especially the youth, has become much more expressive and opinionated about its stance on several topics ranging from abortion to LGBT rights. The whole deal is centred on a new found sense of modern identity which is distinctly and unapologetically Indian and Desi in its nature. With a more unabashed and uncouth social culture prevalent these days, it has become an important deal to flash your Desi credentials by obsessively wearing, nay, owning every possible and every new fashion product with the Desi Humor Graphics tag on it. The irony of the fact that none of these graphics have seemingly been adapted to more Indian, or Indo Western fusion attire is not lost on me completely. It seems that the whole phenomenon of Desi Humor on the clothes that we wear is a fad that has blown up out of proportion to this nebulous entity of startups, VC funding, and more and more customers creating an absolute clamour for new designs that satiate their base need for societal approval and validation.

We are moving towards a very consumerist and superficial society that prides itself on being first and fast on fashion and trends. This is an expensive direction we’re headed in. As a person who strongly believes in a minimalistic style of living, I am frankly disgusted by the gross visual culture that pervades today’s communities in India. Aao kabhi haveli pe is a good graphic though.

This Desi Humor Graphics phenomenon pervades stuff such as a Redmi 4A Back Cover as well.