HOME / INTERESTING / IF SUPERMAN USED SOCIAL MEDIA, HIS TIMELINE WOULD LEAVE YOU IN SPLITS 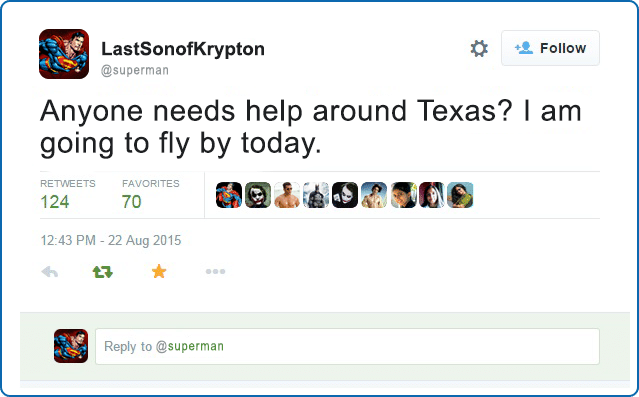 If Superman Used Social Media, His Timeline Would Leave You in Splits Sep 11, 2015

It’s Superman…but on social networking sites! Superman has been a beloved superhero and still is one. As much as Superman loves saving the day, we like to imagine that he takes a break once in a while and be, er, wordly. From tweets about flying problems to pouting selfies on Instagram, here are some things Superman could post: 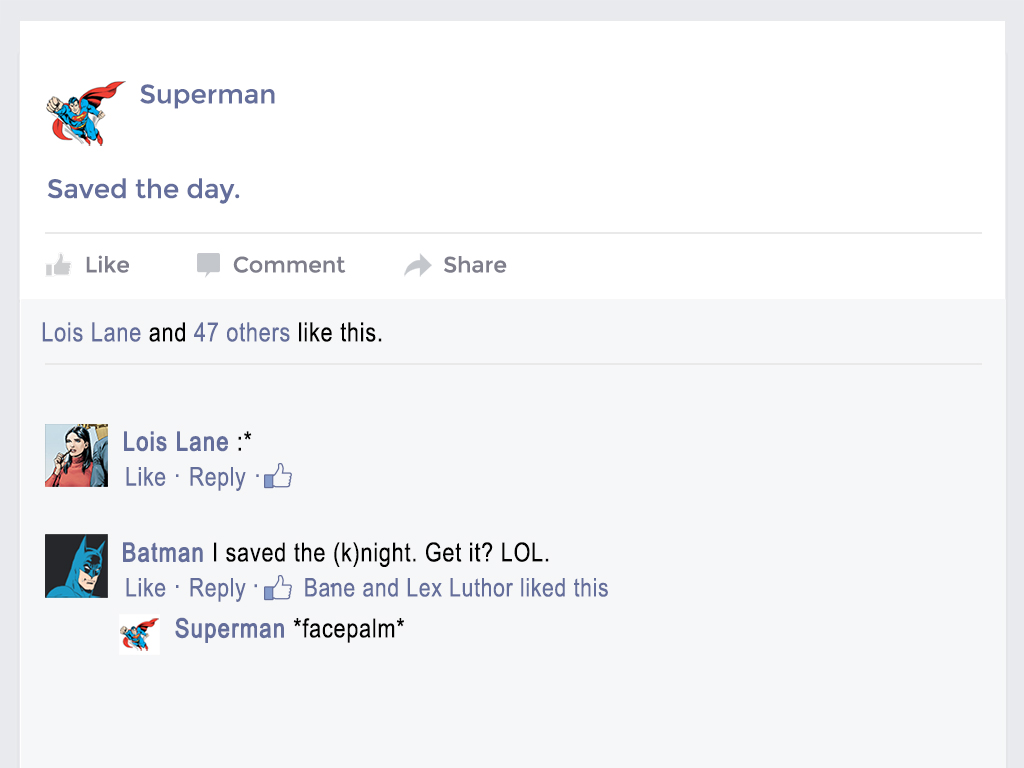 2. Instagram Superman’s profile would be crazy good! He will post pictures of his costume, travels and chilling sessions with his superhero friends. His costume photo caption would read: 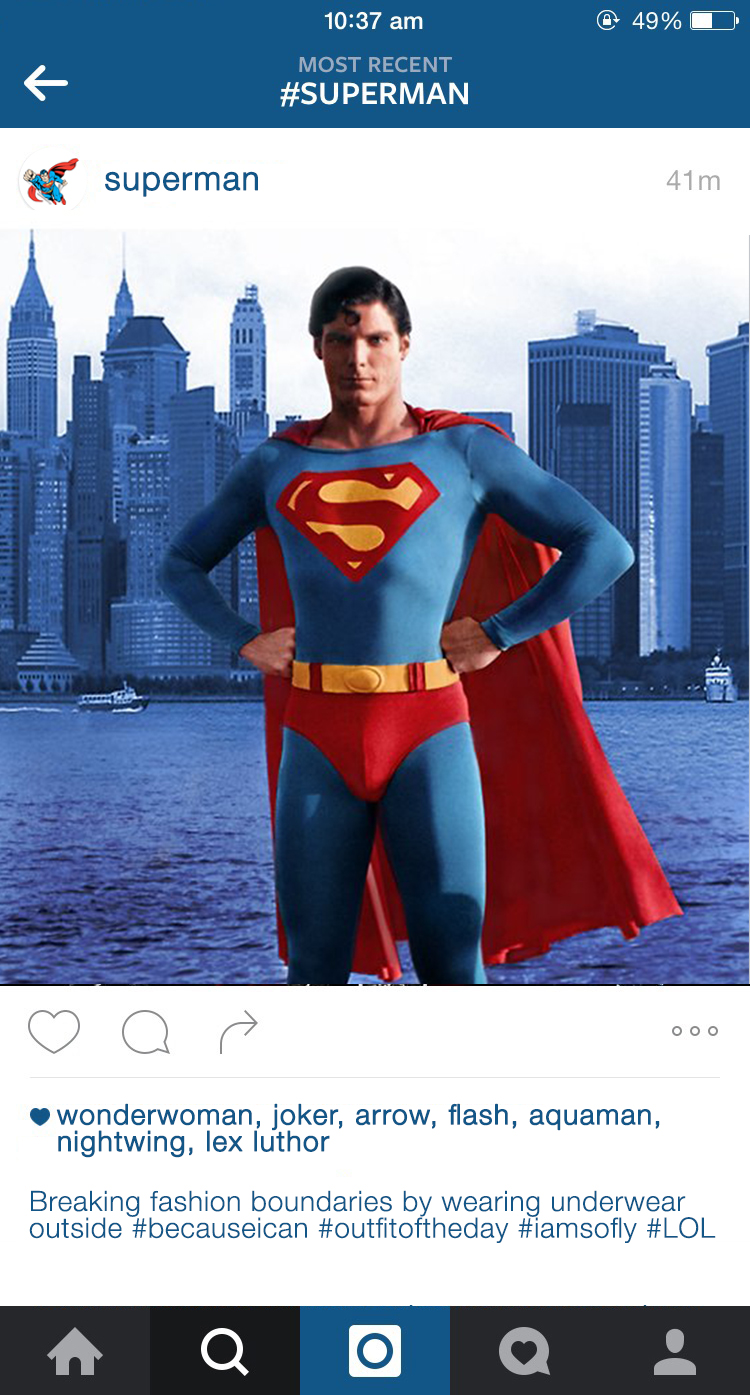 4. Snapchat Superman’s Snapchat story would include snaps of aerial views, people he saved, Metropolis, and of course, selfies. His Snapchat would give you some serious travel goals! Do you think he would send sly snaps indicating that he is none other than geeky Clark Kent? 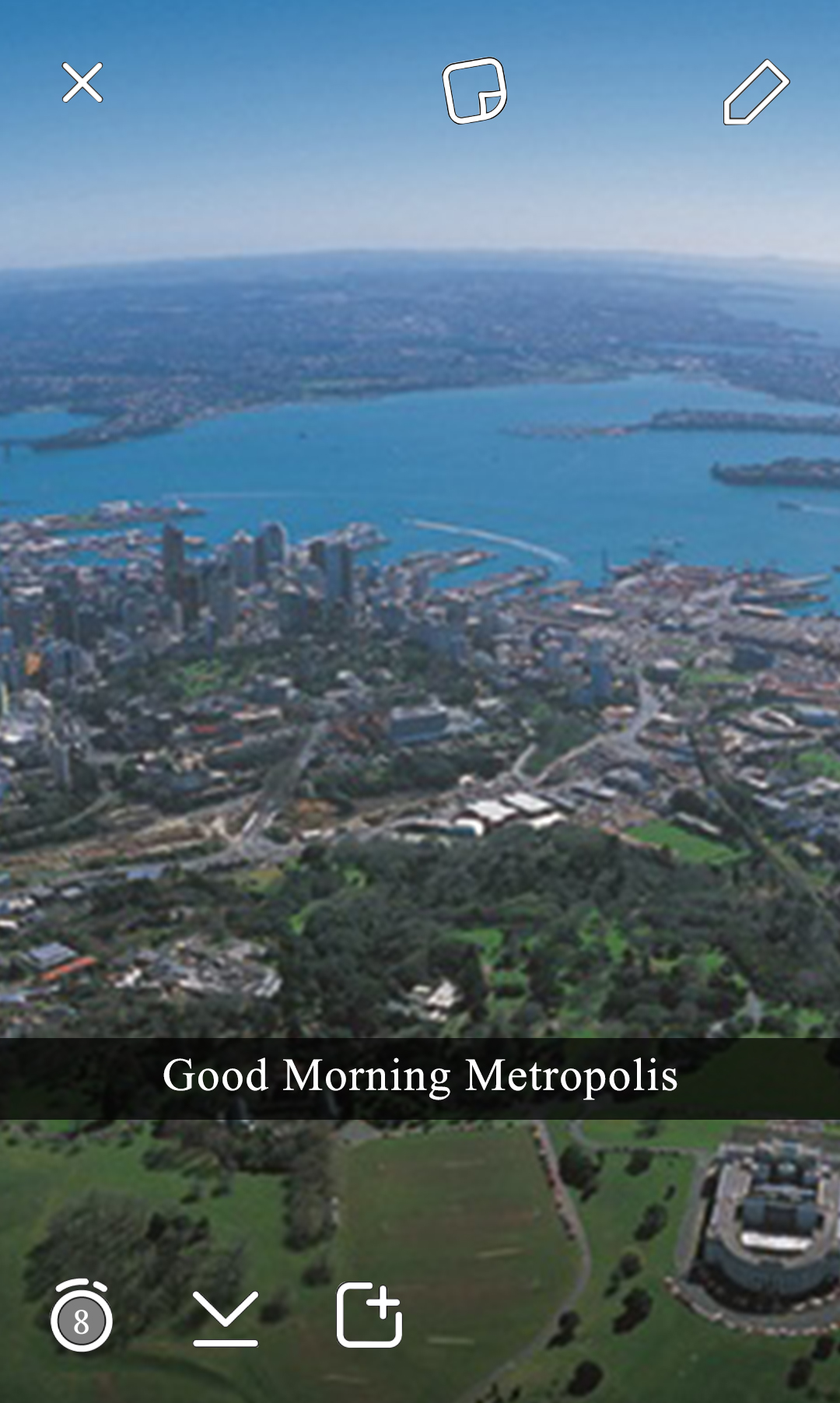 5. Tumblr Oh, yes, nothing like a blog entry about saving the world or being in love. Superman would post long, heartbreaking posts about his dilemmas with tights, Lois Lane, and having motion sickness on Tumblr all day long.

6. Pinterest Where do you think Superman got all his rad costume ideas from? From his nerdy yet stylish glasses to the red cape, all of it would be inspired from Pinterest. Here’s what his boards would look like: 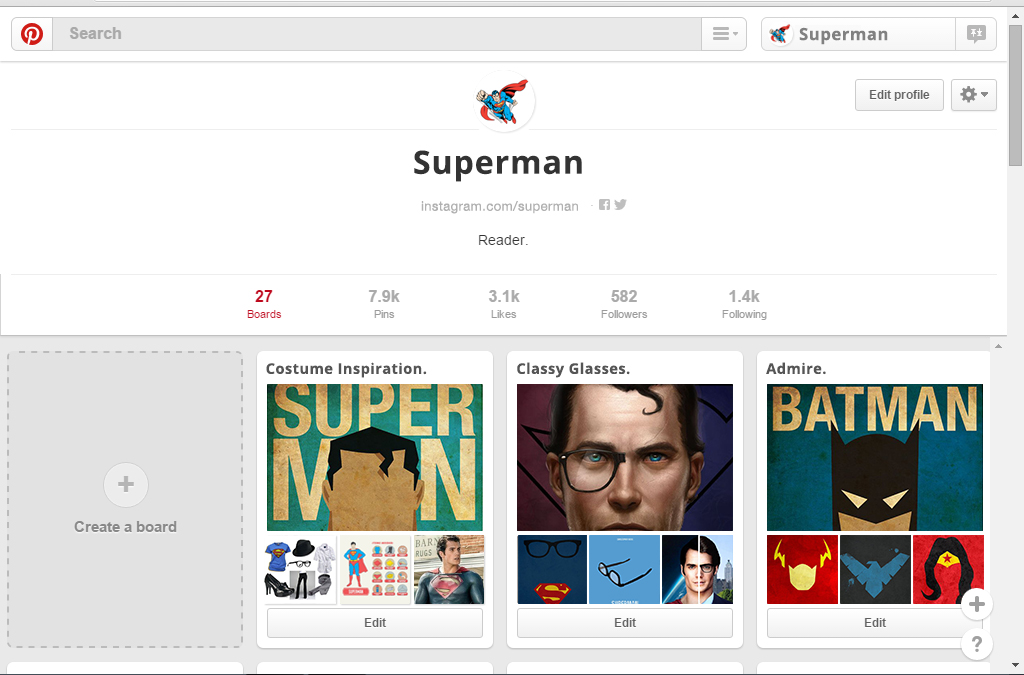 No longer do you need to look up to catch a glimpse of Superman! Your favourite superhero is now social media savvy! Follow him to catch up with latest updates!