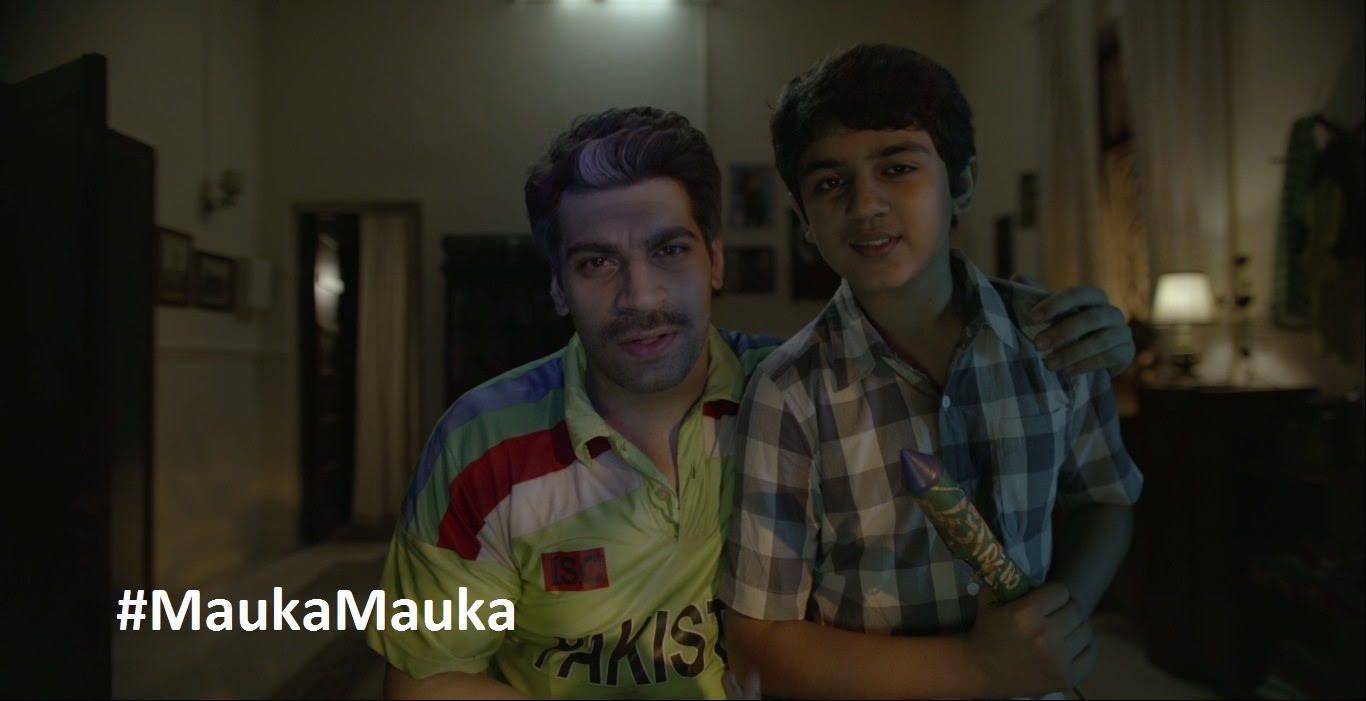 The ‘Mauka Mauka’ ad for 2016’s T20 World Cup is out and this time it’s a Pakistani fan asking Shahid Afridi, captain of the Pakistani cricket team, to beat India in this tournament.

Pakistan has never won a match against India in World T20s and the fan is seen asking him to show India how to hit sixes. He also asks the captain and his team to win the match for the sake of the future generation, so that they would have something to be proud about.

Having lost to India on four encounters, the Pakistani team will face its rivals for the fifth time at Eden Gardens this Saturday. Although India lost to New Zealand in yesterday’s match, we are sure they are prepping up well for this one!