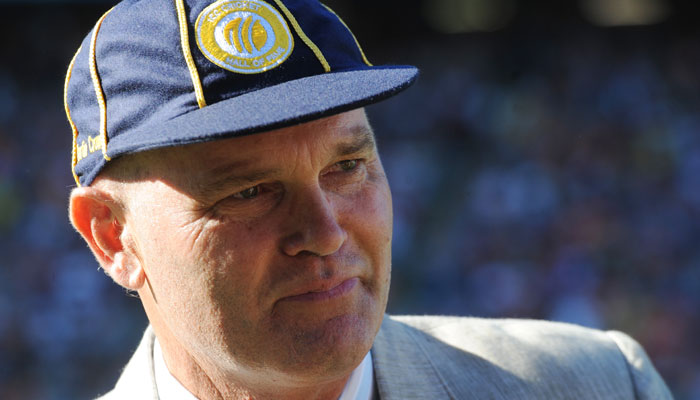 One of the most legendary batsmen in cricket history, Martin Crowe, the New Zealander, was paid farewell in Auckland this morning. The extraordinary cricketer died a premature death at the age of 53 due to lymphoma on 3rd March.

The cricketer was remembered by family and friends as a gifted player, a cheeky prankster, and loving father. Former teammate Ian Smith addressed a crowd of around 1000 mourners, recalling his days with Crowe. “One word sums up Martin Crowe and all that he did: passion,” said Smith, who had been asked to give a eulogy by Crowe before he passed away.

The funeral attendees including former international teammates, brother and former cricketer Jeff Crowe, and actor-cousin Russell Crowe, who were both pallbearers in the service. The legend was also paid tribute in a video by Martin Guptill and Ross Taylor, two current Black Caps he mentored. Rest in peace, Martin Crowe.