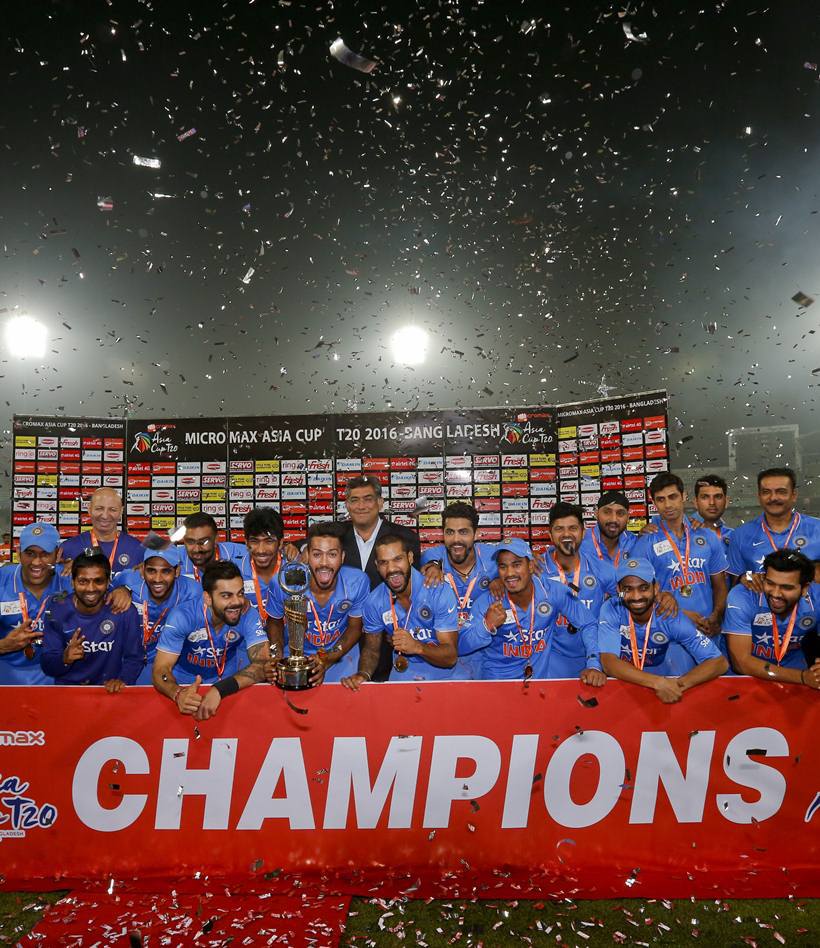 Maintaining its unbeaten record in the series, the Indian team came out as the champion of the Asia Cup 2016. Playing against Bangladesh in the final, India won the match by eight wickets.

Since the match was delayed by heavy rains, each inning was cut down to 15 overs. Winning the toss, India decided to bowl first. India’s bowlers gave the Bangladeshi team tough deliveries and the opponent team finished off with a score of 120 for 5 in 15 overs. India’s final score was 122 for 2 in 13.5 overs, with Shikhar Dhawan contributing a smashing 60 to it. MS Dhoni brought the match to a close with a smashing six.

This victory brought India its sixth Asia cup title, a moment to be cherished and celebrated!