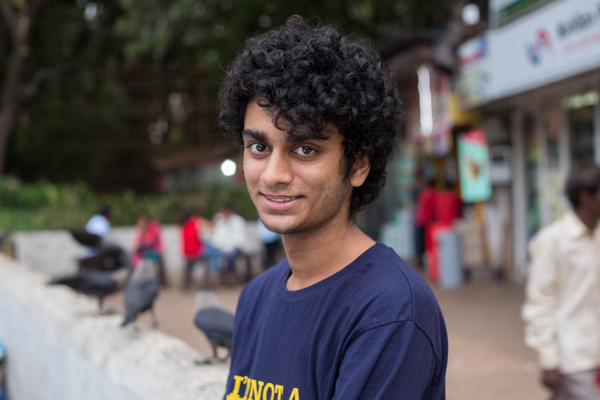 I’m 16 and I write. I want to be involved into theatricals and films in the form of writing scripts. My family is a part of the film industry, my dad’s a director. I never wanted to follow that path. I have always been interested in math and stuff. But I kind of developed a liking towards writing because I equally like languages too. I’ve always had creative ideas coming to my mind and I thought of writing one down. This led me to write a bunch of different short stories and some scripts. I’ve never liked people who ask me to put it up on the internet or write a blog. I just wrote them for myself and lately I’m clear in my head that this is what I want to take up as my career.

The current story is based on death as a form of escapism and the other story talks about how childhood is a prison. I performed a couple of dramas with Naseeruddin Shah called ‘Waiting for Godot' and 'The Prophet’ when I was 9 or 10. And I haven’t acted professionally ever since then. It was a very nice experience which has connect me to him a lot. I talk to him regarding my short stories and he’s always been helpful. He corrects me when needed and he’s been an amazing mentor for me from the Indian industry. I see myself growing in this field as and when time passes.