HOME / BOLLYWOOD / “IF I CAN, ANYBODY CAN” SAYS PRIYANKA CHOPRA WHILE ACHIEVING 9 AMAZING THINGS 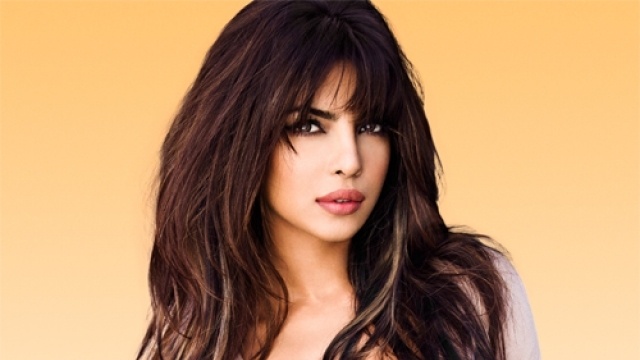 “If I Can, Anybody Can” Says Priyanka Chopra While Achieving 9 Amazing Things May 2, 2016

Bollywood Hollywood Movies awards tv shows
3023 SHARES
Kalki Koechlin said “In Bollywood, you’re only paid more than a man if you’re Priyanka Chopra.” And the way this queen conquers the world proves this sentence right. Let’s look at these 9 things that Priyanka Chopra has achieved in the last three months: 1. Priyanka Chopra has bagged a Filmfare award for Best Supporting Actress. 2. She is awarded the prestigious Padma Shri award by President Pranab Mukherjee at the Rashtrapati Bhavan, New Delhi. Slayin’ all the way! 3. Priyanka is starting with the second season of Quantico in summer 2017. Excitement level reaches 10! 4. She got awarded with the People’s Choice Award for Best Actress in the new TV series ‘Quantico’. This “Desi Girl” surely knows how to win hearts! 5. She’s playing a villain in the Hollywood movie – Baywatch. Guess what! She says she doesn’t have to diet, she’s genetically blessed! Say WHAT!? 6. She’s done a Bollywood release named Jai Gangajal. What a personality! 7. Priyanka Chopra also got interviewed on the Jimmy Fallon Show! Now who wouldn’t love to watch THAT!? 8. This 33-year-old actress who is currently working on the second part of the show ‘Quantico’ has presented an award at the Oscars. Is there anything that she’s not done already? 9. 13 MILLION TWITTER FOLLOWERS! Yeah you read that right! SLAY, GIRL!
Bollywood Hollywood Movies awards tv shows