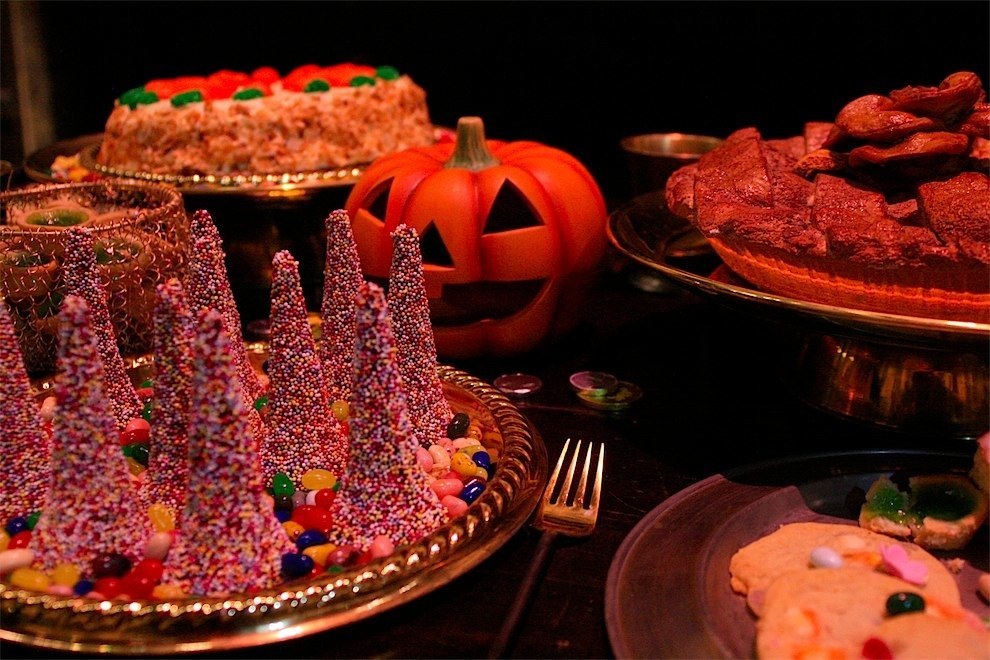 Reading the Harry Potter books on an empty stomach isn’t a very good idea. One of the many things that we love about the Harry Potter world is the food. Even the most basic dishes sound like pure magical delights when you read the books. The movies made the food all the more magical and mouth watering! Now you can try all of it, thanks to the invention of the wizarding world of Harry Potter. There are plenty of restaurants and food stands at the theme park that serve everything and also Honeydukes is for real! We bet you drool every time you see food in the HP movies or even when you read about it. Let’s revisit the times when our stomachs growled looking at the food from Harry Potter. Here are 9 magical food items straight from the world of Harry Potter: Just like Dumbledore says, “Let the feast begin.”

1. Bertie Bott’s every flavor beans: By every we mean every single flavor that you can think of.  As long as it’s peppermint, chocolate, toffee or anything delicious, we would like to try every flavor. Except when it says it also includes bogey, vomit and dog food! Or Alas! Ear wax.
2. Lupin’s Chocolate: The chocolate looked delicious and it also helped cure Harry’s dementor blues. Though one thing common between the muggle and the magical word is; Chocolate helps cure depression!
3. Fred and George’s skiving snack boxes: You eat something delicious and the effects make you appear to be ill so that you can ditch a boring class; Only Fred and George could think of something like this!
4. Petunia Dursley’s Pudding: The pudding looked extremely tempting. Sad nobody got to eat it. Thanks to Dobby!
5. Everything Mrs. Weasley cooked: The descriptions of the fantastic dishes that Mrs. Weasley cooked were beyond delicious! Harry thought she was the best cook in the world. We don’t disagree!
6. Butter Beer: Sounds mouth watering, right? The Three Broomsticks gave us serious pub goals.
7. Everything From Honeydukes: We all become little kids when we enter a candy store. Honeydukes can give every candy store a run for their money!
8. Feasts at Hogwarts!  First days at school are supposed to be jittery, right? Not at Hogwarts! Who wouldn’t love a headmaster who could make food appear with just a clap? A lot of food! Hogwarts had a feast for almost every occasion, Halloween being the best! Even when there wasn’t any occasion the food looked delicious!
9. Harry’s 11th Birthday cake: Hagrid might be terrible with spellings and he might even sit on the food that he cooks but the love with which he baked Harry a cake is just adorable. Also the cake does look delicious!
Feeling Hungry? Try these amazing Funfetti recipes.
butter beer honeydukes Dobby food from harry potter harry potter food