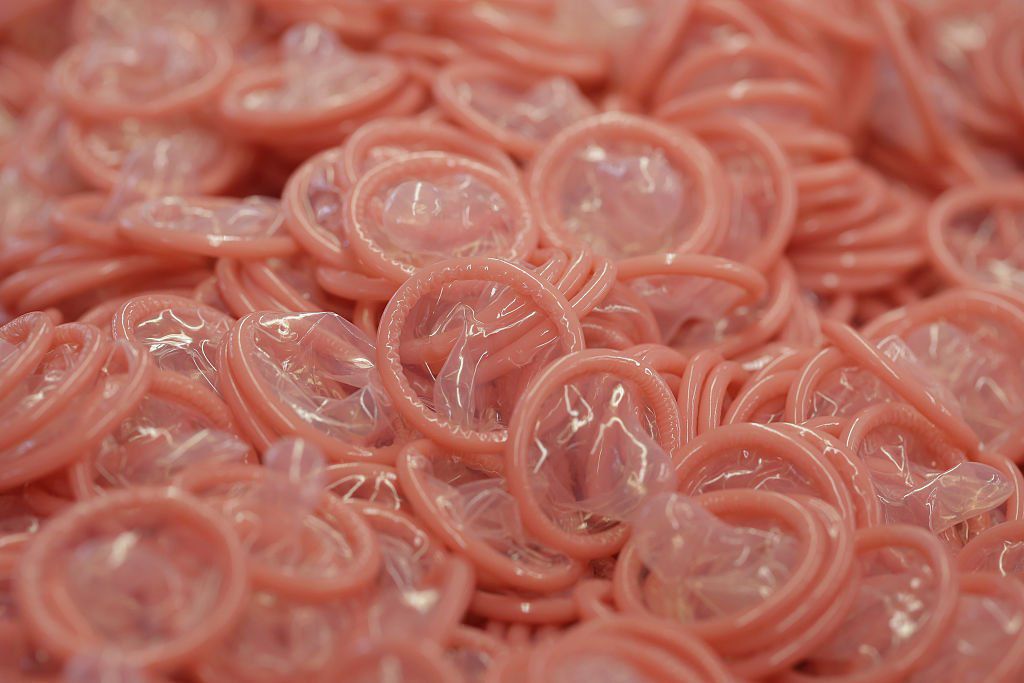 Condoms! The one thing that can remain your friend for upto 4 years if kept untouched in a dry and cool place, the one thing that saves you 98% times from making unwanted babies, the one thing that protects you from AIDs and STDs, the one thing you hate wearing because it ruins the moment or desensitizes you or whatever (which is, by the way, a bunch of crap), the thing that can actually hold upto a gallon of water (whaa?!), the one thing that now comes in so many sizes and forms  with different shapes and colours that there is no way both of you aren’t going to feel as pleasurable. The one thing that literally passes through an electric current test to ensure it is hole and tear–free before it hits the market and amazingly enough, it is also something who’s sale is a responsibility of almost half (40%) of the women’s population across the world!

Well, do not get too worked up now to go and buy that Trojan Magnum, because boys, it is made for a girth of 5.3 inches and more only! (What?! Yes, that is indeed true!)

There are actually many facts that surround this tiny bit of rubber. And we’d rather say that the above stated ones are at least somewhat believable! But funnily enough, our all time saviours - condoms have much more WTF facts and lesser known stories you need to read about right now!

1. Even cavemen used it

Yes, the concept and potential use of condoms dates back to frigging 11,000 BC. It is easily seen in certain paintings of ancient times in France.

That’s right! Booty call time and you guys are out of rubber? Call the damn ambulance!
PS Only if you were living in Sweden and the service has sadly stopped now.

Even back then, Americans were on top of their sex game. The men of their CIA actually parachuted the women of USSR with condoms marked ‘Medium’ to boast of their supposed superiority!

The World War II military men used these condoms on their guns instead of their penises while crossing water bodies as the saltiness from the waters could damage their rifle barrels. How thoughtful, we say!

Dafuq, really? Yes, now we also have a condom that can be eaten created by a restaurateur from Hong Kong who calls the dish “Sex on the Beach” which includes a pink condom made of kappa (edible seaweed) and konjac (a Japanese plant) lying on a bed of ‘sand’ made from shitake mushrooms! To add to the horror, there’s also a white gooey substance at the tip of the condom made from honey and Yunnan ham!
Why God, WHY?

Considering the sporty nature of Olympians, we should call them hump masters! And why not? They ran out of effing 70,000 condoms fairly distributed amongst 6,582 men (i.e. over 10 condoms per person) at the 2000 Sydney Summer Olympics!

After a crazy legality act in 1935, Ireland shut its doors to condom use to somewhat preach the moral sexual behaviours followed in Catholicism against birth control. Contraception was literally illegal and the sales of condoms were actually banned there till 1980! Say what?!

As necessary as using a condom seems, their sales still largely depend on their company’s ad! Agree? Well, here are some of the smartest condom ads ever made that you need to check out!