Bollywood celebrity lifestyle
4243 SHARES
‘Stop freaking out about our bodies’ ‘F**k Sexism, f***k it’ ‘Shame the Creeps’ Sexists with lack of brain who cannot move beyond butts and breasts; are getting their fair share of dose!  *Facepalm* Perhaps the time has arrived when women are bored of tolerating non sense and a ‘tharki’ mindset. Bored, yeah, that’s the word, blah, blah, boring, blah! Good news is when our very favorite Bollywood ladies are doing something so laudable of lashing back at sexist comments or treatment; we know good times are here! Let’s cheer for famous actresses who have crossed all borders of hesitancy and voiced their opinions against sexism:

1. Vishakha Singh – With films like ‘Fukrey’ to her credit, Vishakha is breaking the internet with her bold move. In a recent event of cyber trolling, Vishakha Singh kicked her abuser’s ass in the best possible way.  A man said, “nice boobs” to her and she gave it right back replying, “Feel sorry for you, your mother, sister, wife, daughter all have breasts, do you walk up to them and say, nice boobs”? You go, girl! 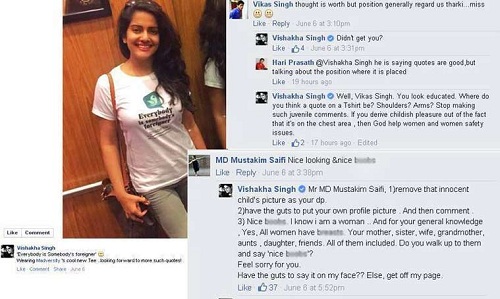 2. Deepika Padukone – There’s something about this woman, she happens to win the ‘Throne’ almost always. Her rage becomes a revolution and her statements become a sensation. She recently had a clash with a media titan, The Times of India that tweeted about her cleavage. Guess what she replied? “YES”! “I am a woman, I have breasts and a cleavage, you got a problem”? Whoaaa, somebody’s gonna get hurt real bad!

3. Sonakshi Sinha – The Dabangg girl has proved her credo. When Kamaal R Khan (some creepy publicity hunter) nominated Sonakshi’s butt for suitable butt contest, Sonakshi played smart and replied, “Please RT this if you think, @kamaalrkhan is a woman disrespecting waste of space and deserves to be hung upside down”. What the fafda man? What on Earth was he thinking? Kudos Sonakshi! 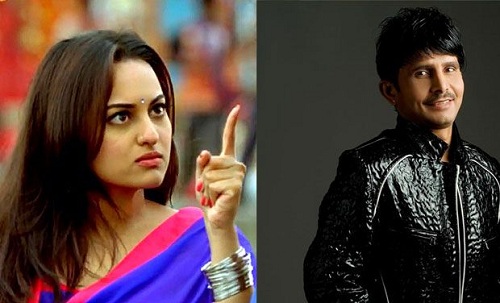 4. Parineeti Chopra – On being questioned by a reporter, “Why when girls are young, they like ‘it’ and when they get old, they start shouting that the boy exploited them”. Parineeti lashed out and asked the reporter what he meant by ‘it’? Smash! 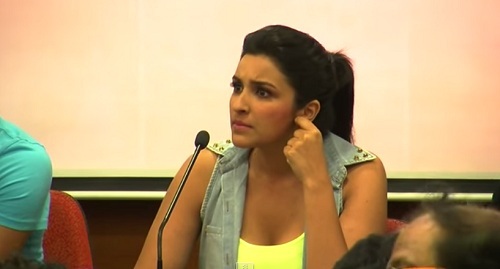 5. Mallika Sherawat – This super woman had once quoted in one of her interviews, “India is regressing and depressing”. A reporter asked her to retract the statement, on which an angry Sherawat said “I’m not going to lie, or join this hypocrisy that’s there in the society”! 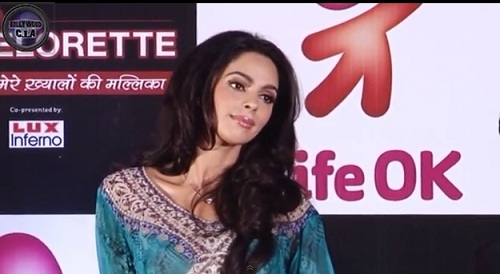