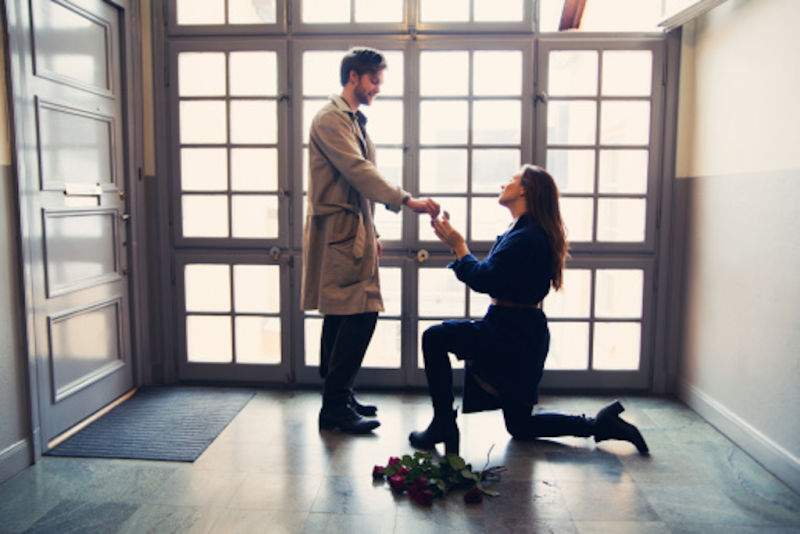 Marriage proposals take a whole lot of guts, because the pessimist in us asks “What if he says no?” In most cases though, it always ends in a yes, so keep faith!

Tradition demands the man to take charge and ask the question, but it’s time to turn the tables around. 29th February is known as the day when women are ‘allowed’ to propose to men, but that’s old news! Time to spark some feminism in women, because now women propose any day too! So don’t be shy ladies, pop the question before it’s too late!

Here are 5 marriage proposal stories where women proposed instead!:

Neither Rodrigo nor I are really into words, so I decided to propose in a way that was symbolic but speech-less. We went for a scuba diving tour which ends below a waterfall. When we were behind the waterfall I swam towards Rodrigo with the ring. We’re married now, but Rodrigo likes to joke that he didn’t even say ‘‘Yes’’ because we were underwater!

Feeling the love? Maybe it’s time for you to plan a romantic date that will make your partner swoon!