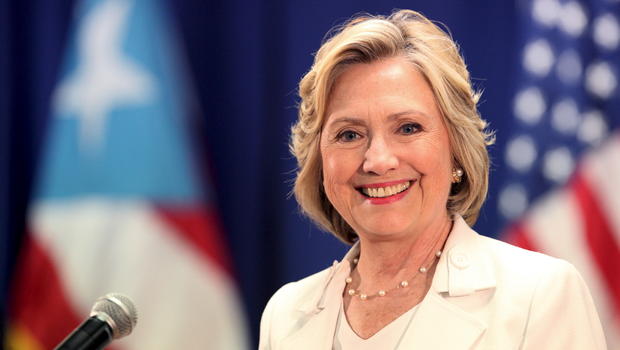 politics news trending hillary clinton us election 2016 us president
1302 SHARES
Hillary Clinton has secured the required number of delegates to claim the presidential nomination for the Democratic Party. By this, she has become the first woman ever to win a nomination for any major US political party! Clinton has reached the needed 2383 pledged delegates, inclusive of the 572 super delegates, while her 2016 presidential election competitor Bernie Sanders lags behind at 1566. But this Associated Press report is in no way going to lead Sanders to back out of the race, as he believes that Clinton’s dependency on super delegates does not mean anything for her nomination. “I got to tell you, according to the news, we are on the brink of a historic, historic, unprecedented moment, but we still have work to do, don’t we?” Hillary Clinton shared after hearing the news from Long Beach, California. “We have six elections tomorrow, and we’re going to fight hard for every single vote, especially right here in California.” Whatever the outcome may be, Hillary Clinton is one of those presidential candidates who have made history even before the results. She has broken the very obvious glass ceiling and we sure hope to see her as the first woman president in US history!
politics news trending hillary clinton us election 2016 us president